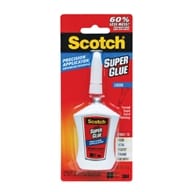 Scotch Super Glue has had a revamp. Its more than a revamp, its completely changed since my childhood memories of a teeny tube that only my Mum and Dad were allowed to use. I remember that they had to use the tube really quickly otherwise it would clog up and no matter how hard they tried, one of them ALWAYS managed to get some stuck on their fingers.

I was sent some packs of Scotch Super Glue to review a few weeks ago. The teeny tubes are no more – in their place are some funky plastic holders with applicators to allow the glue to come out in tiny amounts. The applicators have a lid which stops the glue drying up and guess what? After the glue being open for 3 weeks, its still going strong! 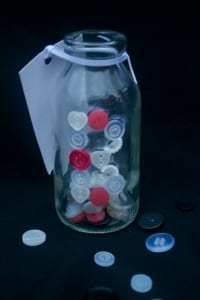 I was asked by Scotch if I would try out the glue on a craft project of my choice. How hard is it to think of a suitable craft project off the top of your head? Well, on Sunday I went to the first Blog On Conference in Manchester. We all got given mega goodie bags and in mine was a really cute old fashioned milk bottle from Handpicked Media. Straightaway I wanted to fill it with buttons. I have a ‘thing’ about buttons – cannot throw away anything without taking the buttons off it. The milk bottle needed a bit of tarting up so me and the Super Glue set about attaching buttons in the shape of a ‘B’.

I used tiny buttons so needed on a miniscule amount of glue on each one. I know this sounds daft but I was amazed how quickly the glue set but yet seemed safe. Those buttons certainly weren’t moving off that milk bottle! 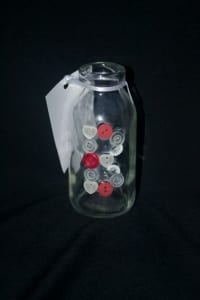 My button bottle is now sitting on my craft drawers and I’m feeling very organised that I have somewhere to put them.

I have to also add that over the past 3 weeks, I’ve fixed a lot of items using the Super Glue. From broken sandals to garden ornaments that my baby nephew broke. I love not having to save up all the breakages and fix them all at once. And there have been no fingers stuck together either! 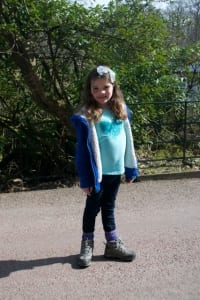 I have also fixed the girl’s sparkly bows. I’m wondering whether these are a St Helens’ thing or whether they pop up in other towns? We have a shop in St H, Bowtique that basically sells sparkly bows for hair. For the most part, they look hideous but young girls love them! 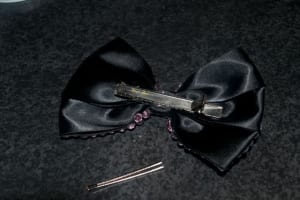 They frequently break so out comes the Scotch Super Glue once more. I couldn’t fix the slide but instead attached a bobble. Ta-da! It works! 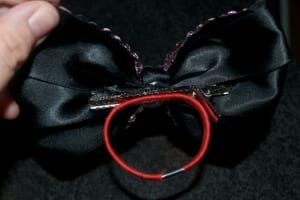