You are here: Home / Blogging Event / Morrisons Christmas Range – A Day Out at the ‘M’ Kitchen

I’ve always had a thing for Morrisons. They gave me my first ever job at the age of 16 on the checkouts in St Helens. I must have loved it because it took me 2 buses to get there. Years later as a Graduate, I became Personnel Manager (which is a blinking hard job in case you were wondering!)

When I was invited a couple of weeks ago to go over to Morrisons Head Office in Bradford, I jumped at the chance. I used to go over to Himore House with any employees that had gained 25 years service (there were surprisingly loads of people that got 25 years in) but wow, it is now so much swisher! 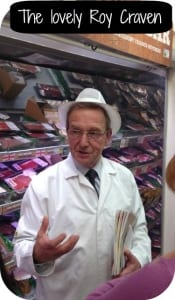 Our day out started at Morrisons E5 (Enterprise 5) store in Bradford. A flagship store, this was the biggest of its type when it first opened in the 1990’s. We went on a tour of Market Street, Morrisons very own shop fronts inside their own store. We were guided by Roy Craven, Morrisons Butchery Expert – This man is amazing. There is nothing and no-one he doesn’t know about Morrisons. His love of meat chine through and before long we were drooling at the thought of eating our Christmas lunches. Roy is very proud of the heritage of Morrisons meat – They can trace each cut back to the farmersWe got to be able to ask questions about Christmas lines that are available – we sampled Chocolate Panettone (Amazing price!) and Christmas Stollen (Cor!)

Then it was off to Hilmore House, to the ‘M’ Kitchen. This is where the product development side of Morrisons works from – Headed by Neil Nugent, Executive Chef of Product Development and his amazing team of chefs. This is a real working kitchen We were treated to a fabulous meal of seasonal products and also shown a few cooking tips of products that we had collected along the way round the E5 store.

Inside the ‘M’ Kitchen

We were shown how to cook the most gorgeous steak au poivre. We were shown step-by-step how to make the 3 Fish Roast – So simple yet effective. Each dish is tested over an over to a huge bank of food tasters in the M Kitchen – nothing goes out to stores unless it has been given several seals of approval.The main highlight of the meal was a Lamb Shank in a Red Wine & Rosemary Gravy, classed as a ready meal as it doesn’t take eight hours to cook but tastes out of this world. What those chefs did to the veg was a delight – how can a bag of veg be so transformed with some fresh mint and butter? Morrisons again buy all their fruit and veg direct from the farmers so can always trace back where their produce comes from. Our dessert was a M fruit pie with a side serving of ice-cream covered in crushed cornflakes! 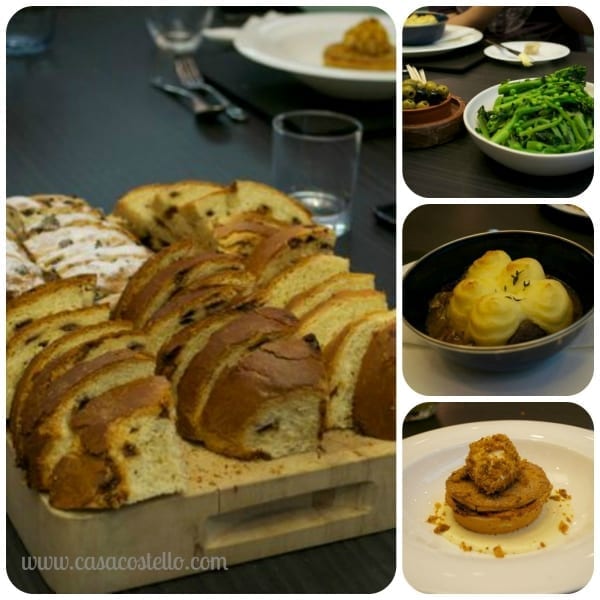 To accompany our meals, we were served a selection from the new flavoured Sparkling Water range – My favourite was the raspberry – Perfect for drivers over Christmas.

Thanks so much to Morrisons for the fabulous insight into how their products are developed – We learnt about some of what is in stores at Easter too – Needless to say, it looks like 2014 will be a great year!

Disclosure: I was invited by Morrisons to spend the day with them, I was given free-reign on how to write my report. All thoughts are my own.